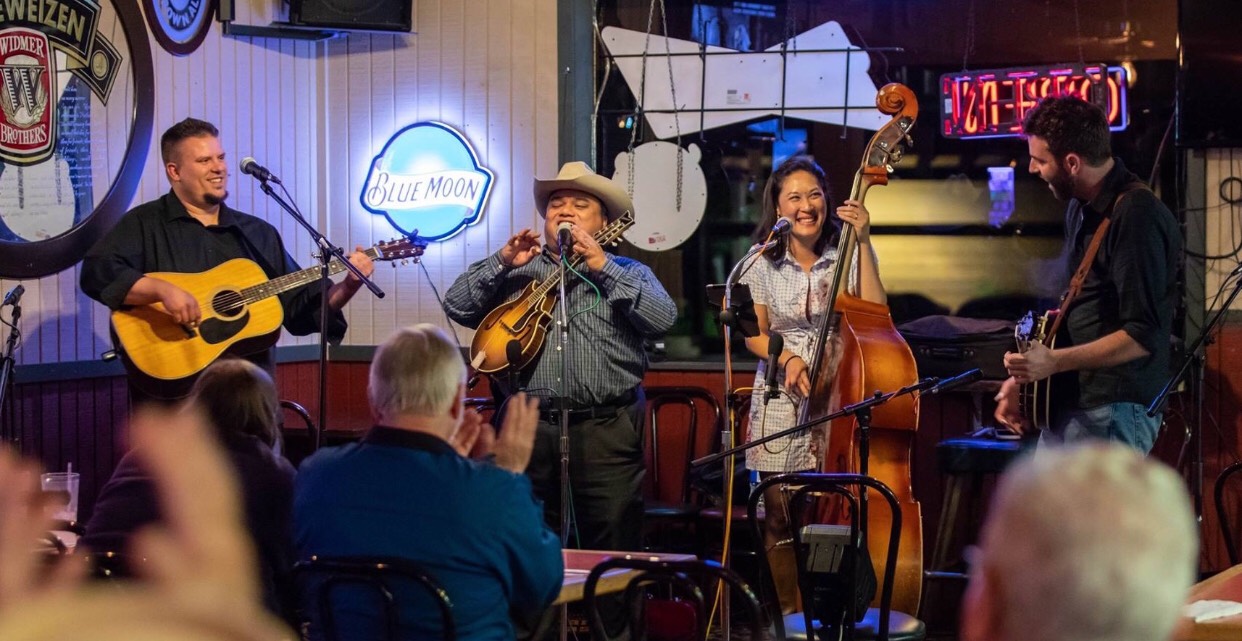 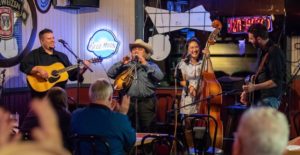 Chris Cerna, formerly the mandolinist with the Lonesome Otis Band, brings his new great band The Bluegrass Republic, down to the Boulevard featuring experienced players performing clean instrumentals accompanied by fine vocal harmonies. This band is guaranteed to satisfy even the most critical of bluegrass music aficionados. They are a dedicated band that specializes in hard-driving, traditional bluegrass. Their set lists include traditional, gospel and the bands fine original songs performed by Chris Cerna – mandolin, vocals; Celeste Cerna – Bass, vocals; David Dickey III – Guitar, vocals and Mark Cassidy – banjo, vocals. 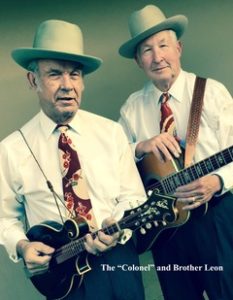 Plus on the same bill The Colonel’s String Band featuring legendary West Coast bluegrasser David “The Colonel” Dickey II’s String Band featuring Brother Leon and a host of excellent players. A delightful excursion into the past with the sights and sounds of “first generation” bluegrass music as performed by this quintet of some of the finest So Cal musicians. The “Colonel,” David Dickie II, was a co-founding member of the legendary band “Lost Highway,” while “Brother Leon”, Chris Boutwell was a member of “High Country” a band that recorded for Warner Brothers in the 1970s. They are joined by world class musicians David Dickey III (fiddle), Chris Cerna (banjo), and Celeste Cerna (bass).