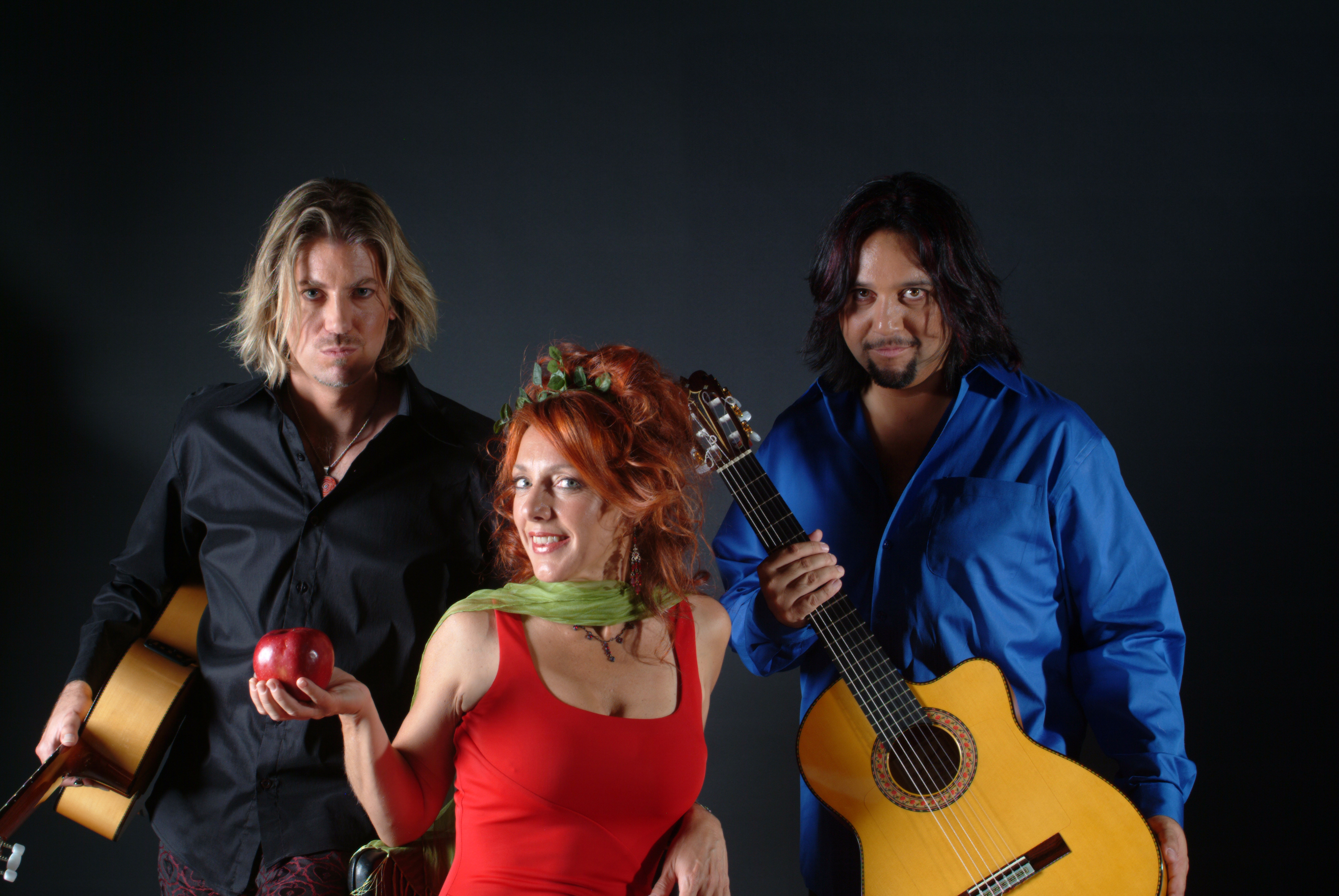 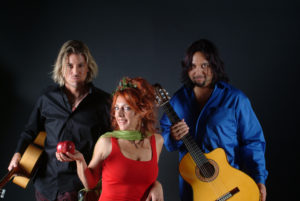 The latin guitar world fusion group Incendio with elements of Flamenco, rock, and jazz all fused together and done with twin guitars and bass. They subtly bring influences as diverse as Weather Report, Jimi Hendrix, XTC, Paco de Lucia, Buddha Bar and Joni Mitchell to bear on their musical tapestry.
Incendio Features:
Liza Carbe on bass who was asked to play guitar and sing on Lindsey Buckingham’s solo tour across the United States and Canada. Amongst the highlights of this tour was getting to play “Go Your Own Way” with Lindsey every night, playing Radio City Music Hall, and opening many dates for Tina Turner as part of her “farewell” stadium tour.
JP Durand on guitar who through his early years was doing Jimi Hendrix and later morphed into Paco de Lucia. You can hear elements of both in his music. The JP in his name is short for Jean Pierre, although it might as well stand for Jimi and Paco.
Jim Stubblefield with his many influences including Jazz and World Music creating exciting solos up and down the neck of his guitar.
Three fabulous players who come together like an incredible mix of exciting and sensitive original compositions.