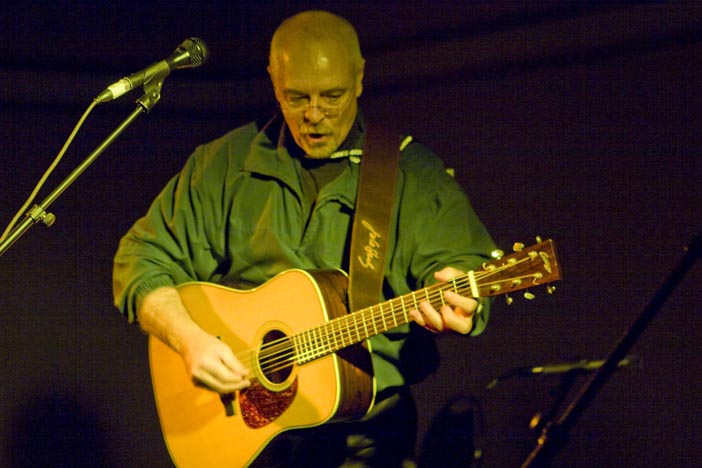 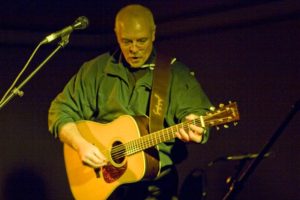 “So where have they been hiding James Lee Stanley? We could say that James Lee Stanley is probably the last great undiscovered singersongwriter in America. But true as that may be let’s say something else. Let’s say that a diamond has been smuggled into the wasteland… and here is where the wasteland ends.”
–  Tom Robbins, Author of Even Cowgirls Get the Blues

Tonight James will perform music including tunes from his recent recording “Without Susie” which is a versatile and refreshing mix of acoustic guitar fueled socio-political commentary and love songs featuring his modern age blues tune “Hang Up and Drive.” His actual latest recording he did with Dan Navarro is called Wood and Led and features great original arrangements of Led Zeppelin tunes done acoustically.

It is only a long lived singer-songwriter career that lets JAMES LEE STANLEY unite the unpredictable creativity and the eclectic elements that make up his world. His remarkable ability as a vocalist and composer allow him to create songs, each recorded with a finely crafted backing that sonically enhance the impulse behind the lyric, coupled with his outragously hilarious repartee. He is one of the few all time greats and undisputed geniuses among singer-songwriters. Fi Magazine listed his FREELANCE HUMAN BEING as “one of the finest recordings of 1998 and one of the Top 200 Recordings
JAMES LEE STANLEY, the true renaissance man, was born into a musical family in Philadelphia, PA, and already performing and recording for LeGrand Records by the time he was fourteen. He majored in music at California State University, did a stint in the Air Force as a chinese linguist, performing three hundred dates a year with such diverse acts as BONNIE RAITT, ROBIN WILLIAMS, and CHICK COREA & RETURN TO FOREVER by the time he landed his second recording contract.