SAM REIDER AND THE HUMAN HANDS 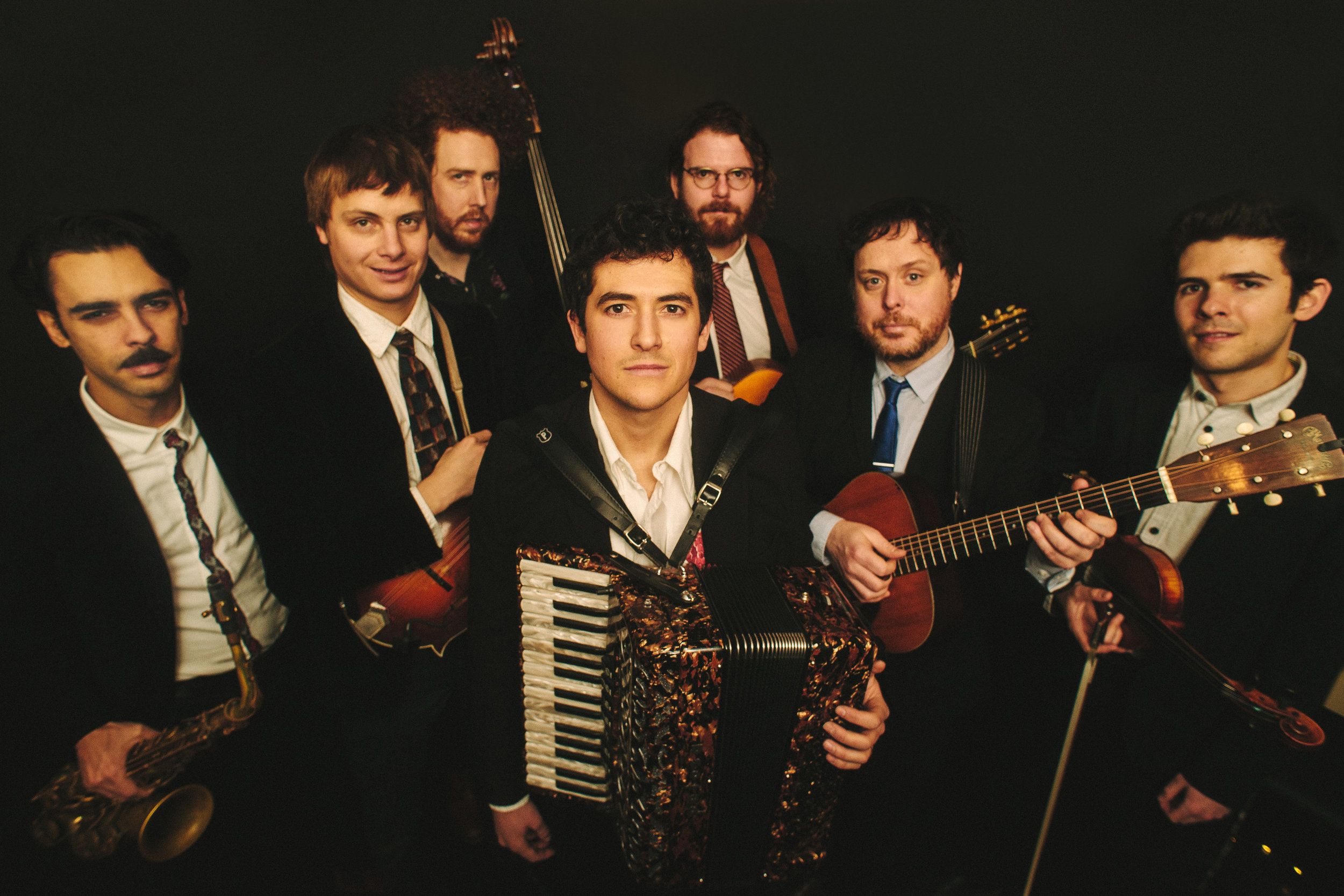 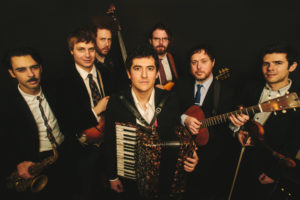 Reider’s debut record Too Hot To Sleep presents his unique compositional voice alongside an ensemble of top-drawer musical collaborators and compadres called The Human Hands.

Reider grew up in San Francisco, the son of a musical theatre composer and klezmer musician. He began performing at a young age, and was interviewed on Marian McPartland’s “Piano Jazz” on NPR when he graduated high school. At Columbia University, he fell in love with American folk music. While writing his senior thesis comparing the songwriting of Woody Guthrie and Ira Gershwin, Sam began studying bluegrass and old-time music, transcribing the fiddle melodies for the accordion and learning to sing the songs.

This set him off on a journey that has taken him from back porches and dive bars to concert halls and major festivals in practically every state in the country. Representing the U.S. Department of State as a musical ambassador, Sam has travelled to China, Laos, Cambodia, Myanmar, Vietnam, Turkey and Azerbaijan, carrying his accordion on his back everywhere he goes and collaborating at every opportunity with international artists.

Now he’s surrounded himself with a crew of some of the most in-demand young acoustic musicians on the scene in Brooklyn. The Human Hands have developed a cultish following and a reputation for mind-bending sets of high-energy, improvised music.

“An exceptionally gifted bandleader and composer.” – Songlines, Top of the World

“He’s got rhythm. And for someone his age, plenty of soul, too.” – San Francisco Chronicle

“Dashes of folk influences from around the world are sprinkled into its string band aesthetic.. Reider’s accordion is the unyielding anchor, giving a dose of soulful, raw timelessness, but with a modern crispness and confidence.” – The Bluegrass Situation

“It is always moving to see fellow musicians playing with such passion, thank you Sam Reider!” – Taraf de Haidouks