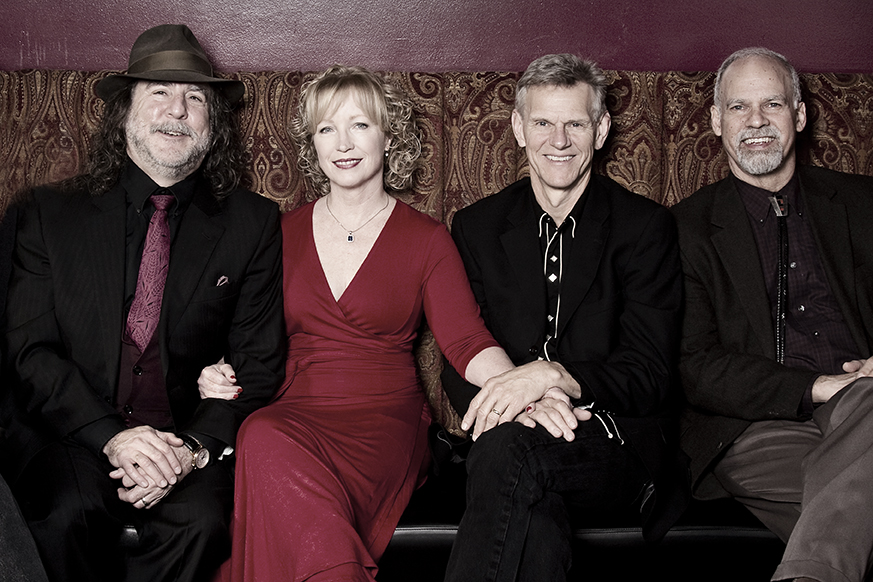 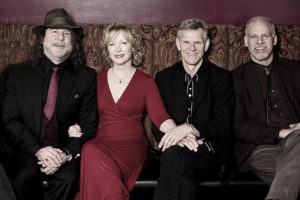 Award-winning vocalist Susie Glaze, mandolinist Steve Rankin, fiddler Mark Indictor and bassist Fred Sanders are The Susie Glaze New Folk Ensemble, the newest version of the acclaimed Los Angeles-based Americana group, a lush new folk Americana fusion ensemble, presenting gorgeous eclectic blends of mountain folk and exciting new grassy and Celtic-inspired originals, all with the remarkable voice of Susie Glaze. The group has been likened to the classic British bands Pentangle and Fairport Convention in that they blend classic folk music with rough-edged stories of tragedy and fate, all with orchestral arrangements sounding like chamber music gone folk! The band has appeared at many premier venues and festivals on the West Coast, including Berkeley’s Freight & Salvage, The Broad Stage, and the Hollywood Bowl, among others. Their CD “White Swan” was released in March of 2013 to critical acclaim from No Depression, and FolkWorks, among others, and charted in the Top 50 on the Roots Music Report’s Combined Internet and Terrestrial Folk Chart. Their new album “Not That Kind of Girl” produced by Herb Pedersen was released in June 2015 and is enjoying critical acclaim and radio airplay around the country. “If there were a word to describe this fine band, it would be sophisticated. They draw influences from disparate sources to meld their sound. The level of musicianship is exemplary.… display a great range of prowess and work as a tight unit.” Bluegrass Unlimited. “…one of the finest and most original Americana groups in California (or in the country for that matter).” No Depression. Augmenting their sound is the lush, Celtic sounds of Rankin’s bouzouki, the mountain sounds of Susie’s Appalachian dulcimer and traditional autoharp, with Mark Indictor’s virtuoso fiddling and Fred Sanders’ remarkable bass work rounding out the orchestral nature of this amazing quartet.

“One of the most beautiful voices in bluegrass and folk music today.” KPFK’s FolkScene
“…with people like this to trust, my music will go on living, and soaring. And so will I.” Jean Ritchie

Plus on the same bill one of Americana’s finest singer/songwriters, Rick Shea. 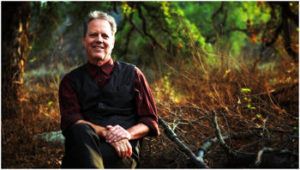 Rick Shea cut his teeth in the bars and honky-tonks of San Bernardino where he grew up. He’s since gone on to build a solid career for himself as a solo artist, singer, guitarist and songwriter. Shea is equally at home with an acoustic guitar and a set of ballads and stories, or with his worn old Telecaster burning through a set of his own songs and a few honky-tonk standards. With nine critically acclaimed albums he’s performed all over Southern California, the West Coast and across the country.

His songs reflect the folk, country, rock and Mexican influences he grew up with. As a songwriter Shea lets the songs find their own settings. “Starting out you might be hearing a song one way and then when its done realize it’s about something else altogether.” And on his songwriting influences Shea says, “When I was younger Merle Haggard cast a long shadow, but since then Dave Alvin, Jim Ringer and a lot of other music has found its way in.”

Rick’s latest album Sweet Bernardine, his ninth, is a collection of his own stories and stories of California and beyond. From the train journey he took as a brokenhearted young man in “Mexicali Train” to the harrowing tale of his great grandfather’s time in Civil war prisoner camps in “John Shea from Kenmare”, Shea’s songs resonate deeply.

Recently Rick has toured Texas, New England, Ireland, the U.K. and Hawaii. “Playing live shows is what I’ve always done, from the bars, honky-tonks and coffeehouses I started in to the shows I do now. It’s a chance for me to meet people and see them connect with the songs, that’s really what it’s all about.”

“If your tastes run toward hard working, literate, back 40 folkies like Tom Russell, Chuck Pyle, Jimmie Dale Gilmore and others like that, Shea is sure to be another that you’re going to dig. With a very personal edge to his writing and singing, this is classic folkie/troubadour stuff that cuts right to the chase and delivers moves that others can only turn into clichés. Check it out, it’s the real deal”. – Chris Spector MIDWEST RECORD

“a hauntingly nostalgic vocalist, imperative guitarist and literate, detail-rich songwriter, do yourself a favor”.
– Gary von Tersch, Sing Out