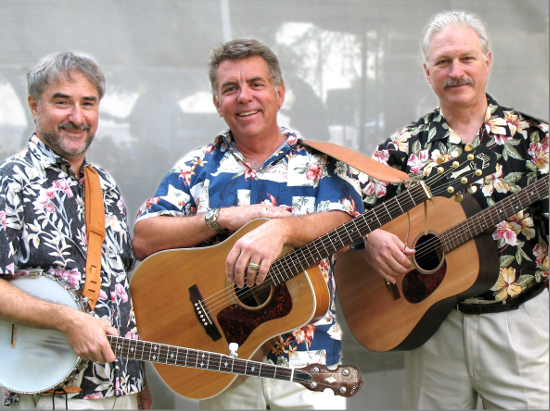 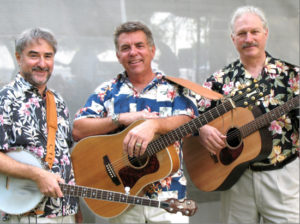 The Folk Collection takes you on a trip down memory lane in the footsteps of the Kingston Trio, Peter, Paul and Mary, John Denver, and the Limelighters with songs like “Blowin’ in the Wind” and the “MTA.”
THE FOLK COLLECTION could just as well be named the “Singing the Classic Songs of the ’60s Folk Era” group.  Tony Unger, Ed Labowitz and Mike Sirota grew up in the 1960’s, when they fell in love with the story songs and 3-part harmonies of that acoustic era.  Ed and Tony have been a duo on and off since their days at Hollywood High School, and Mike joined the group in 2003.

Much of their repertoire is familiar to audiences of all ages.  They have been influenced by the well-known groups of the era, but they have their own blend, sound – and humor.  Audiences get a real kick out of their unique medley arrangement of the great TV Western theme songs of the ’50s (including songs from the hit shows “Rawhide,” Davy Crockett,” “Maverick,” and “Bonanza”).

The Folk Collection grew up loving folk music, and the turnouts at their shows confirm that they have struck a “chord” with audiences of all ages, who really like listening to the words and harmonies – and joining in when the mood and song fit.  Their show is centered around folk music and good clean jokes.  Their shows are family friendly, and their audiences are often multi-generational – children, parents, grandparents, and even great-grandparents – enjoying the music of The Folk Collection, together.  Don’t miss an opportunity to share an evening with THE FOLK COLLECTION.  You will leave singing, toe-tapping, and smiling.