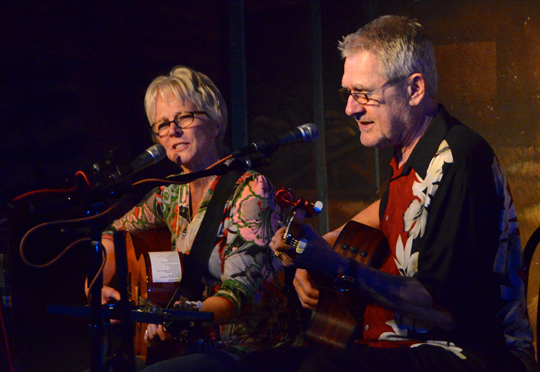 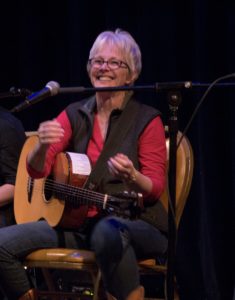 Picture a scrawny fourteen-year-old girl sitting on a diving board over an empty pool on an overcast day, strumming the same four chords over and over again, on her brother’s cheap acoustic guitar. That’s Tracy Newman, but that’s not how she sees herself. From Tracy’s POV, the pool is full and clear blue, it’s a bright sunny LA day, and her brother’s guitar is the best guitar in the world! That kind of sums up singer/songwriter Tracy Newman’s body of work to date. There are some genuinely happy songs in the mix, but overall, if you really listen you will hear the truth. “A Place in the Sun” is great traveling music, and you can’t help but smile and sing along, then it hits you: Wow, there’s more to this than meets the ear. “I Just See You” will make you cry for the beauty of what didn’t realize you had. “That’s What Love Can Do to Your Heart” will drag you kicking and screaming through the carefree beginning to the bitter end of your most memorable love affair. You will not be able to get these songs out of your mind.

Tracy is a founding member of the LA based improv group, The Groundlings, which over the years has become the farm company for SNL. She began writing TV comedy in 1990 with writing partner, Jonathan Stark. Their first gig was Cheers, then Bob, The Nanny, Ellen and The Drew Carey Show. In 1997, they won an Emmy and Peabody Award for writing the groundbreaking “coming out” episode of Ellen. In 2001, they created the ABC comedy, According to Jim, which ran for eight seasons. Tracy is back to music now, full time.

PLUS ON THE SAME BILL—ART PODELL 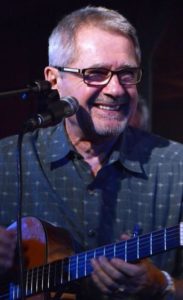 Had Art Podell kept a diary, it would have been a rich chronicle of the life of a folksinger during the Folk Era and as a songwriter in the years since, spiced with a healthy serving of laughter. Unfortunately, he didn’t. Instead, at the coaxing of friends and former folkies, he is spilling the beans on stage. He began in Greenwich Village with friend and fellow musician, Paul Potash. Art and Paul released two albums on Columbia Records. The first — “Songs of Earth and Sky” — is considered a folk classic and is rumored to have influenced the early recordings of another “Art and Paul” (Garfunkel and Simon). (Begrudgingly, Art finally admitted last year that they were “pretty good.”) In the Village, Peter Yarrow, their friend, shared a new song with them called “Puff, the Magic Dragon” and it was Art and Paul who first recorded the song in 1961 — well over a year before Peter, Paul and Mary’s version. In 1961, the boys headed west to the L.A. folk scene. “We were so successful,” Art remembers while scratching his head, “we broke up.” Art turned to songwriting. In short order, he had songs recorded by Rod McKuen, The Smothers Brothers, Glenn Yarbrough, Joe and Eddie, Bud and Travis, Barry and Barry, and, eventually, The New Christy Minstrels, whom he joined as one of the original members in 1962 until 1966. Quite a ride — from the Troubadour to Carnegie Hall in less than six months…national TV, college concerts, European tours, and performances at the White House. Art co-wrote the title song for Ann Murray’s Christmas album, ‘Christmas Wishes’.Art continues to write and perform and hosts a bi-monthly segment of “Roots Music and Beyond” on KPFK 90.7FM – Los Angeles, a Pacifica Station in Los Angeles. His new CD, ‘From The Village To The Canyon’ was recently featured in an exhibit at the Grammy Museum in Los Angeles featuring the music of Laurel Canyon.

“Art Podell presents an evening of music, laughter, songs, stories and memories shared through his signature story/songs. He sometimes divulges a few secrets about friends — famous and not. (Consequently, he is currently looking for a qualified bodyguard – preferably one who plays banjo