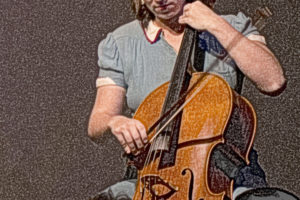 KATT NEWLON
Katt’s musical pursuits have taken her all over the world, performing and collaborating with orchestras and rock bands across the USA, the UK, mainland Europe, and China.  She has played in a range of settings, from being a soloist in Carnegie Hall, to rocking out in the prestigious indie music festival South by Southwest, in Austin, Texas, and she has had the distinct pleasure of studying under some of today’s most well-received cello players (Guy Johnston, Steven Doane, Johannes Moser, and Andrew Cook). Katt holds a BA from Pepperdine University in applied music, and a Masters degree from The Royal Academy of Music in London, England in cello performance. She teaches styles as varied as from classical to pop/rock.