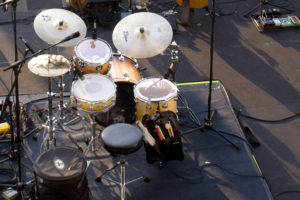 DAVID COWAN
Cleveland, Ohio native, David Cowan started his teaching career at the age of seventeen, when he took on his very first private percussion-student. His emphasis as a teacher is on developing the whole musician while making the lessons fun and engaging. He is also well versed in many styles and genres, and can teach young and old students alike, at skill levels from newbie to pro.

A graduate and former faculty member of the prestigious Berklee College of Music, many of David’s former students now rank among the who’s who of touring and recording musicians having worked with the likes of Everclear, Beyonce, Cee-lo Green, Marcus Miller, Warren Hill, Israel & New Breed, and a long list of others. He has presented clinics and workshops in Europe, Asia and the United States.

He has also performed with great performers including Brian McKnight, Sheila E., Delfeayo Marsalis, Howard Hewitt, Clark Terry, The Boston Pops, Lalah Hathaway, Frank McComb and many others. In addition, David’s drumming and compositions can regularly be heard in film and on television. Available for lessons online until our studios reopen.