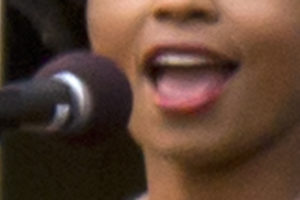 SHARYN SCOTT
Sharyn Scott developed her teaching program from working with well known vocal instructor Seth Riggs twice a week for over four years on various styles of music. Sharyn also studied Opera with Seth’s wife Kathleen. Born in Cornwall, England, Sharyn began singing at the age of nine. At thirteen she landed a record deal performing her own material. She has performed in numerous musicals, appeared in two feature films and sung on a number of national commercials and recordings. Sharyn has worked with pop artists Kenny Loggins, John Denver, and David Foster. She has been teaching for over ten years. Sharyn is available for in-store lessons.

SUSIE GLAZE
Susie Glaze began her career on a Broadway stage where as a trained theatre singer she adapted her technique to sing the now famous score of legendary Roger Miller’s “Big River.” A native Tennessean, Susie grew up in the shadow of the Grand Ole Opry, learning the craft of country and bluegrass from a short distance by regular immersion of Flatt & Scruggs, Dolly Parton and Loretta Lynn among others, and quieted rooms on writer’s nights in Nashville from the age of 16. Now an award-winning recording artist and critically-acclaimed vocalist, Susie has been called by Bluegrass Unlimited “…an important voice on the California Bluegrass scene.” She won first prize at the 1999 Topanga Banjo and Fiddle Contest for Traditional Singing and now performs with her quintet Susie Glaze & the Hilonesome Band (www.susieglaze.com). Additionally, Susie has become a scholar of the work of seminal American Folk music icon Jean Ritchie, specializing in un-accompanied mountain singing. Her tribute show, “Singing the Moon Up: The Voice of Jean Ritchie” debuted at The Pennsylvania Centre Stage Company at Penn State University in September 2005, with the live soundtrack album of that piece released in 2007. Susie has presented her lecture demonstration “From Appalachia to Bluegrass” at USC’s Thornton School of Music, Cal State Northridge and at various California music festivals. Susie shows you how to use your voice for bluegrass and folk singing styles, with a focus on how classic vocal technique translates into producing sounds for the folk and bluegrass genres of music. One-on-one instruction will include classic technique for breath control, phrasing, sound production, with some scholarship in cultural influences on these styles.