BANSHEE IN THE KITCHEN—CD RELEASE 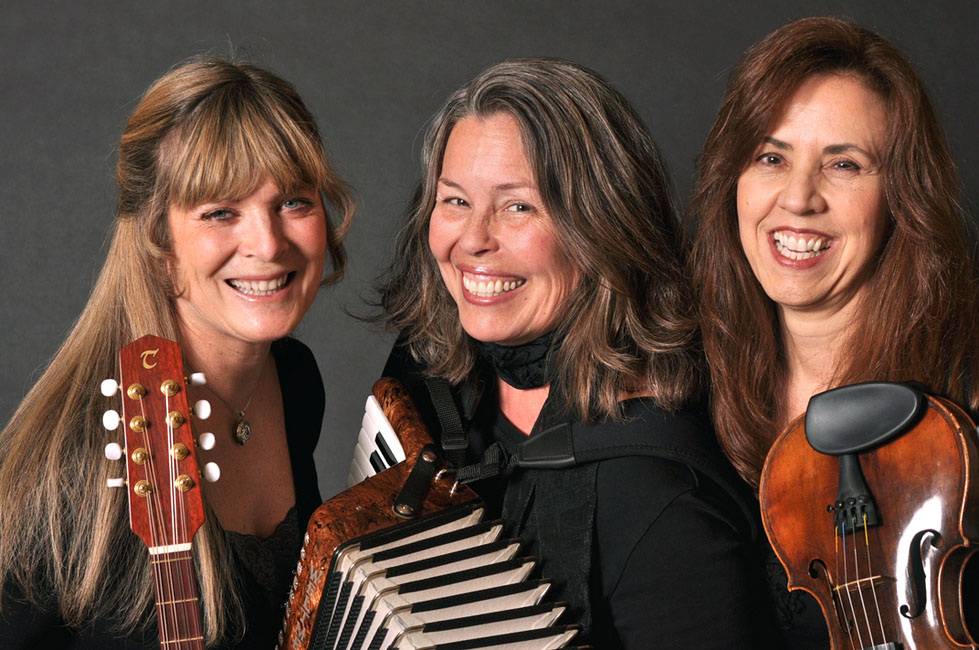 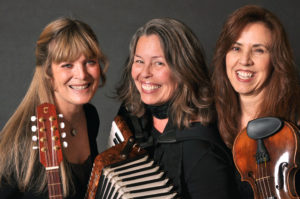 Banshee in the Kitchen plays Celtic music with eclectic skill and merry abandon.Touring and recording since 2002, the trio has delighted audiences in festivals, theaters, living rooms, and countless other venues from NewYork to Japan. They take traditional Celtic tunes, find the sweet spot between old and new, stirring it all up with trademark playfulness and musicality they term “bansheefying”.

To do it right, Celtic music requires a certain amount of sassiness, a bit of impudence along with strong respect and joyful spirit. The four women of Banshee in the Kitchen know how to balance their audacity with reverence of the art form.
—Joe Ross, reviewer, talentondisplay.com and Bluegrass Unlimited

National Champion hammered dulcimer player Brenda Hunter (fiddle, hammered dulcimer) and Jill Egland (flute,accordion, whistle) trade off inspired flights of lead and counter melody overdynamic backing by Kat Edmonson (six and twelvestring guitar, bouzouki). No strangers to the microphone, the four trade off lead and backing vocals on a choice selection of songs, as well as jocularcommentary in between.