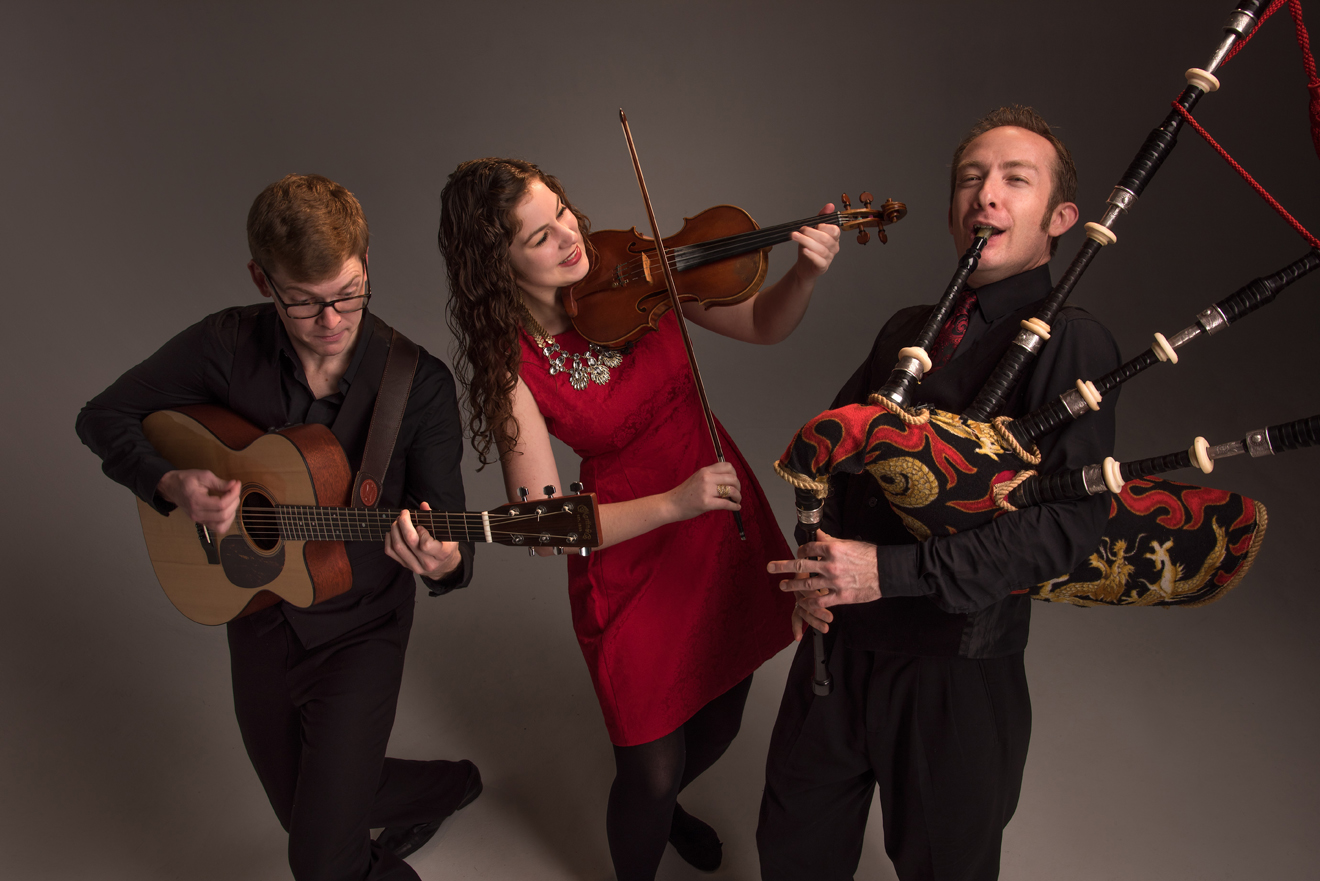 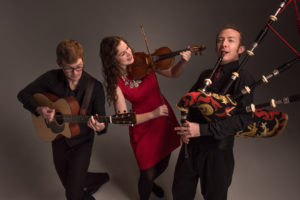 The Fire is a high energy pure-drop Scottish music band, with world class fiddling in combination with bagpipes, guitar, bodhran, whistle, and bouzouki. The group includes, International Scottish Fiddle Champion Rebecca Lomnicky, multi-instrumentalist David Brewer of the popular Celtic band Molly’s Revenge, and Adam Hendey on guitar and bouzouki. Members of the trio have each spent copious amounts of time delving into the traditions of their respective instruments, with Rebecca and David having additionally lived and studied in both Edinburgh and the highlands of Scotland. Together, The Fire performs captivating Scottish music which bridges the gap between the fiddle and bagpipe music of Scotland—two worlds united, into a heartfelt and rousing musical experience. Between their entertaining and informative stage banter, vast array of instrument combinations and extensive repertoire, including everything from soaring slow airs to intricately arranged dance tunes, these charismatic performers will leave you on your feet with your hands together. The Fire has headlined at Celtic festivals such as The Pleasanton Scottish Highland Games, The Utah Scottish Association Highland Games, The Portland Highland Games, The Alaska Scottish Highland Games, The Sedona Celtic Harvest Festival, The Northwest Folklife Festival, The Pacific Northwest Highland Games, The Oregon Scottish Festival, The Yachats Celtic Music Festival, The Monterey Scottish Games and Celtic Festival, and has performed at a variety of venues throughout the United States, United Kingdom, and Ireland.