DAVID GRIER—SORRY THIS HAS BEEN CANCELLED 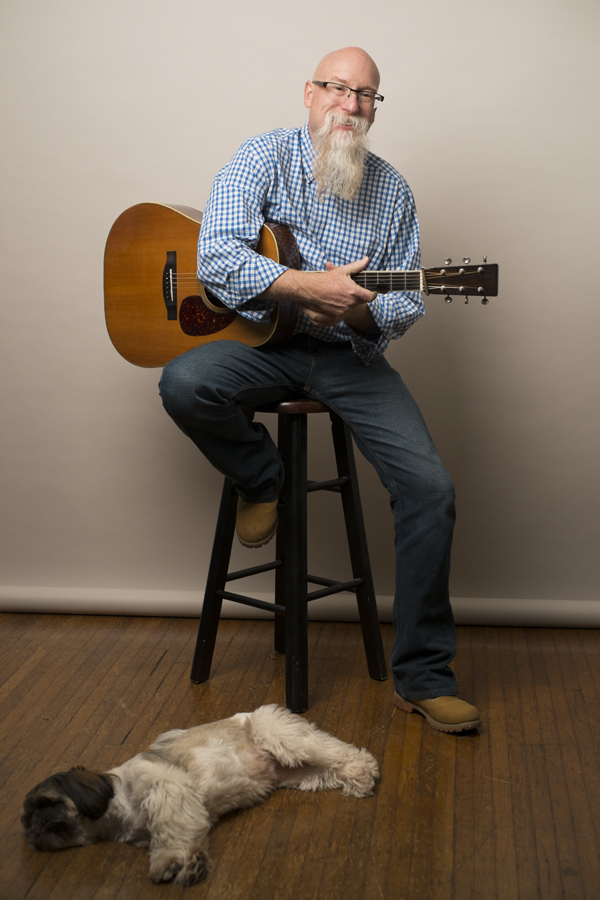 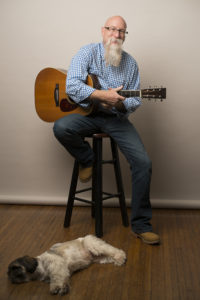 Sorry to say this show has been cancelled. We look forward to having David back under better circumstances.

“David Grier is one of the best flatpicking guitarists on the planet earth”—GM. Check the dog in the picture. He isn’t sleeping he just got blown away by David’s playing. David is amazing, one of the planets great flatpickers. Born in Washington, D.C. in 1961, a family move to Nashville at age 3 fully immersed David Grier into the bluegrass music world, and at age 6, he began playing the guitar. Today, he is regarded as one of the premier acoustic guitarists in the world, along with his early influences, Doc Watson, Tony Rice, and family friend Clarence White. Recognized by Acoustic Guitar Magazine in 2000 as one of the Artists of the Decade, and named Guitar Player of the Year three times by the International Bluegrass Music Association, Grier has played on four Grammy Award-winning albums (True Life Blues: A Tribute to Bill Monroe; The Great Dobro Sessions; Alison Brown’s Fairweather; and Amazing Grace 2: A Country Salute to Gospel).Having released four albums on Rounder, beginning in 1988 with Freewheeling, Grier launched his own label, Dreadnought Recordings, with the 1998 debut release, Hootenanny, with Dirk Powell and Tim O’Brien (“endlessly inventive and tasteful” – All Music Guide). His most recent release, Evocative (Dreadnought 2009), featuring 10 original tunes and a rich complement of collaborators (Victor Wooten, Paul Franklin, Stuart Duncan and more), has been hailed for its “deep musical introspection” as well as its “unmatchable mastery of the guitar” (Martin Mull). Other Dreadnought releases include the highly-acclaimed Live at the Linda (2007) and I’ve Got the House to Myself (2002) (“unfettered explosive invention” – Tim O’Brien).
Select Quotes
“His unmatchable mastery of the guitar is ever present, but it’s the emotional exploration of themusic as a whole that leaves a lasting impression. There is evidence everywhere of deep musical introspection: real soul-searching, and, I would have to say, bravery.”~ Martin Mull
“David Grier is a willful, accurate instrumentalist whose every note seems to run through a bright, intelligent sieve. He maintains an unqualified standard of excellence in guitar playing, always with a knack for unorthodox surprise.”
~ Claire Lynch
“Grier sculpts fascinating forms the way air and moisture combine to create billowing cumuli.”
~Jazz Review
“I’ve had the good fortune to see David Grier live several times, and while I certainly delight in watching him play, I especially like to watch folks who have never seen him live before. There’s this denial/acceptance cycle as they try to rationalize what they “know” to be possible with the guitar versus what their eyes and ears are experiencing. . . . And he does it in this self-effacing way that almost undercuts his musical inventiveness [and] preternatural skill.”
~Chris Thiessen, Flatpick Guitar Magazine