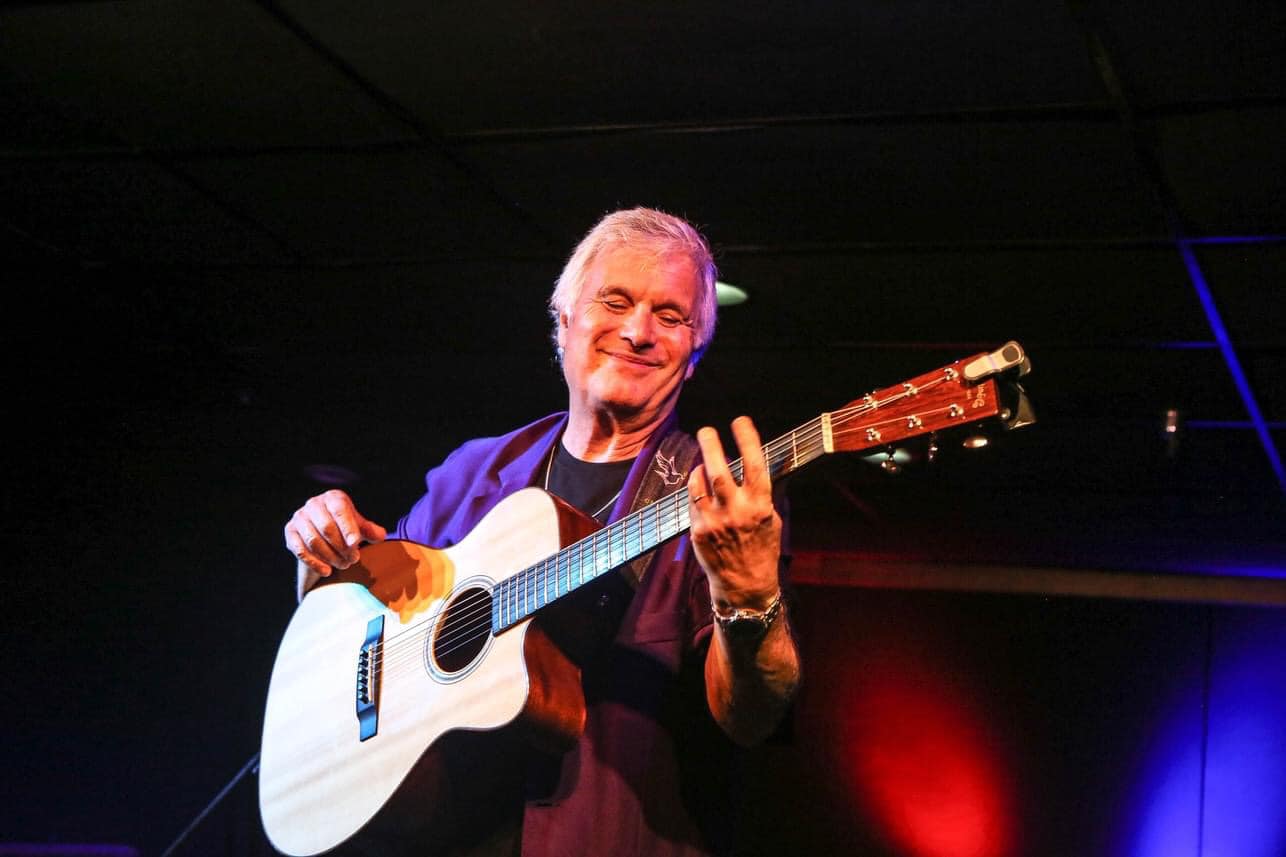 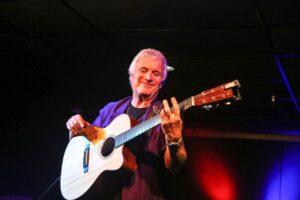 Laurence Juber is a solo performer, recording artist, composer and arranger. His playing fuses folk, jazz, blues, pop and classical styles, creating a multi-faceted performance that belies the use of only one instrument. First internationally recognized as lead guitarist in Paul McCartney’s Wings, with whom he won a Grammy®, Juber has since established himself as world-renowned guitar virtuoso and entertainer.

Juber, known to his fans as LJ, has recorded more than two dozen albums which spotlight his unique touch and tone on acoustic guitar. His latest release, Select Blends, is a collection of ‘virtually live’ streaming performances, recorded during Covid lockdown.

His LJ Plays The Beatles was voted one of Acoustic Guitar Magazine’s all-time Top Ten albums. His solo arrangement and performance of The Pink Panther Theme earned him a second Grammy®, while his arrangement of Stand By Me was heard nationally in a Diamonds Are Forever commercial. Juber’s DVD-Audio project Guitar Noir (AIX Records) won a CES Demmy award for best surround-sound audio.

His ‘photo memoir’ Guitar With Wings was published by Dalton Watson Fine Books.

As a studio musician, he can be heard on recordings from artists as diverse as Harry Styles, Dan Hicks & The Hot Licks, and the French chanteuse Sylvie Vartin, plus his playing is featured on the soundtracks to hundreds of TV shows such as Home Improvement and movies including the academy award-winning Dirty Dancing, Good Will Hunting and Pocahontas.

Juber co-composed the soundtrack of the award-winning video game Diablo III and scored the NBC Dateline documentary Children Of The Harvest. His music is also featured in the Ken Burns’ documentary The Tenth Inning.

“A stunning sense of space and fluidity…a truly wondrous sound” – Guitar World
“Uniformly exquisite and dazzingly executed” – L.A.Times
“Juber scores high marks for the clarion precision of his playing and for his tasteful arrangements” – Downbeat
“A Master!“- Pete Townshend, The Who