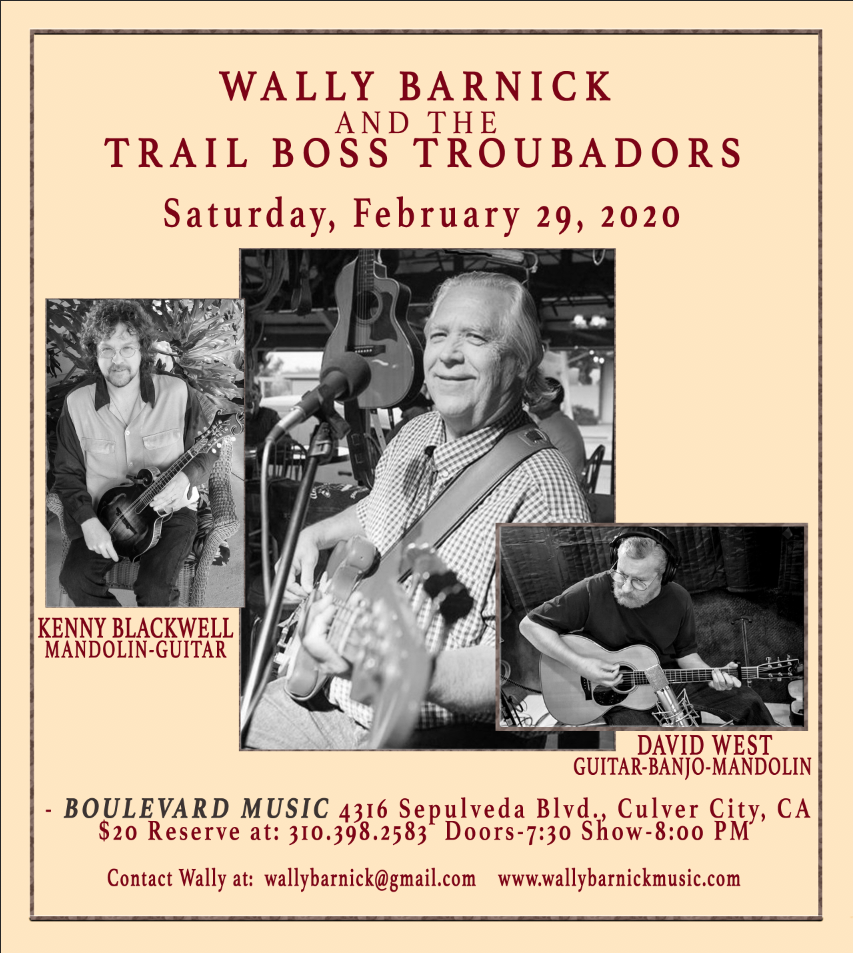 Wally Barnick and the Trail Boss Troubadors featuring Wally who has been, since 1975 and remains today a member of the well-known California urban-bluegrass group known as The Cache Valley Drifters, (and at least a half-dozen other bands!). Tonight’s show is American music, ranging from straight ahead Bakersfield country music, to folk and bluegrass. Wally will be joined onstage by another original Cache Valley Drifter member David West on guitar and banjo, and Kenny Blackwell on mandolin. Tonight’s show will feature an assortment of songs off the new album “Wally Barnick and the Trail Boss Troubadors,” plus other classics from the folk/country/and bluegrass styles.